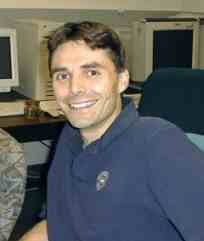 I first met Tim McCullough in Washington DC, when he was working with Pete Boyle and Janine Morgan formerly of Sports & Spinal Physical Therapy  From the moment that I was introduced to the practice my treatment was all geared around me meeting my goals.  This was going to be a partnership with me providing the goals and objectives plus the work to reach them.  This was a far cry from years of treatment that had always put my goals and objectives second to what I was told were my limitations.  Having grown up on a farm and played for school and university teams from 8-21, I was active, and competitive.  After school I embarked on a career in the Army but while in University I began to have back pain.  At the age of 22, I could no longer play any sport and had difficulty walking and was in constant pain.  After numerous visits to specialists, I had an anterior lumbar fusion at L4/5.  The pain did not abate and I was only able to complete university due to sympathetic lecturers who allowed me to continue to study from home and take my exams standing up.  I could not take up my place in the Army after University but was fortunate to enroll in a doctoral program, which led to a job in Washington DC working at the Smithsonian.  Once there, I started to experience real difficulties with my back again and was introduced to Pete Boyle.  From our first meeting he wanted to know about me and before the end of the year I was able to function at work again and took part in my first running race in ten years.  Pete, Janine, and Tim worked as a team and I went from being very limited in my fieldwork as  a geologist to climbing mountains and volcanoes.  As a sportsman I went from short running races to Olympic distance triathlon and then to Ironman events.  Tim implemented specific exercises helping me engage my lower abdominals gently while performing a simulated swim movement.  This reduced my pain and improved my swim performance. I was able to join the Army reserves and deployed on active duty.  We all have gone in different direction but I am thrilled that Tim has launched his own practice.  Today, I still have to take care of my back which I am able to do with all the training and guidance given to me by team of Therapists.  Tim has always been available by phone when I have needed a little extra assistance.  I highly recommend Tim to anyone with back pain or athlete recovering from injury.